Licia Collobi was born in Trieste on 24 August 1914 from Alberto Golubic (then Italianated as Collobi) and Silvia De Domazetovich. She spends the first years of her childhood in Klagenfurt. Her education and culture can legitimately be considered Middle-European.

Intending to study Germanistics she enrolls at the Letters Faculty in Turin where she graduates in history of art in June 1936, with a thesis on Carlo di Castellamonte, then published in 1937. In January that year, she qualifies as a teacher of art history and starts to publish essays and reviews.

She keeps studying thanks to a triennial specialization bursary at the Istituto di Archeologia e Storia dell’arte in Rome from January 1937. In February, she meets Carlo Ludovico Ragghianti. Ended the specialization course, from July 1938 she moves to Piacenza working on the compilation of the general inventory of works and art objects in the province, drafting the related bibliography

Sharing with Ragghianti the ideals and the experiences of life, they end up marrying, in Florence on 30 November 1938.

From 1938 to 1943, she follows her husband to several Italian and European cities. From 1942, she works with him on the renewal project of the magazine “Emporium”.

She lives in Modena from October 1941 to 24 August 1943, as mother of two children (Francesco and Rosetta and later of Giacomo and Anna) and wife of an anti-fascist twice arrested. She works as a teacher of art history at the “Minghetti” Lyceum in Bologna.  She then works at the Galleria Estense in Modena through her role as an inspector of the Soprintendenza alle Gallerie d’Arte Medievale e Moderna of Modena and Reggio Emilia.

After 8 September 1943 Licia Collobi is in Florence, is a partisan relay and is the custodian of many of the Action Party’s clandestine communications.

She lives in Rome from June to December 1945, where her husband takes part of the Parri Government, but at the end of the year, she moves back to Florence. Here she works, as mentioned by herself, on the “cataloguing of drawings at the Gabinetto Disegni e Stampe of the Uffizi and at the Galleria d’Arte Moderna di Palazzo Pitti” (for which she draws up a rearrangement project, never implemented).

From 1946 to 1955, she constantly collaborates with her husband. In 1946, she contributes to the direction of the book series “Quaderni d’Arte” and “Saggi di critica d’arte” (U editions in Florence). She is secretary of important exhibitions at Palazzo Strozzi and at the Strozzina, editing their catalogues (1947, Exhibition of Dutch and Flemish Art; 1948, Exhibition of the Italian House during the centuries; 1949, Exhibition on Lorenzo il Magnifico and the Arts). She edits the catalogue and cures the exhibition “Italian chair in the centuries” for the Triennale of Milan in 1951. In the same year, she collaborates on the realization of an important exhibition on the work of Frank Lloyd Wright.

The magazine “seleArte”, published by Olivetti, projected by Carlo Ludovico Ragghianti and with the participation of Licia Collobi is created in 1952. After the magazine ceased in June 1966, Licia Collobi cures the section, named in the same way “seleArte”, of the magazine “Critica d’Arte” (from the issue 78 of April 1966 to 1989). From 1954, she is also the editor of “Critica d’Arte” and then its vice-director from 1964.

Thanks to her good command of the German language, in 1959 she publishes for the Einaudi “Saggi” her translation of the volume Late-roman Art by Alois Riegl, prefaced by an important critical note.

In 1961 the editor Neri Pozza publishes Falsi e falsari (Forgeries and forgers) by Otto Kurz, a wide repertoire of forgeries of all time, edited and translated by Licia Collobi.

From 1963 to 1967, she writes three volumes (in addition to various contributions in “seleArte” and in “Critica d’Arte”) on the drawings of the Fondazione Horne in Florence, from the general critical catalogue to the study of the artists of the collection.

Her contributes in the volumes (edited by Mondadori) of the series “Musei del mondo”, on the Alte Pinakothek in Munich, on the National Gallery in Washington and on the Prado of Madrid are issued in 1968. She is the author, in 1970, of most of the essays on the National Anthropological of Mexico City for the same book series. She tackles her beloved subject of the Pre-Colombian art in this last volume.

In 1971, she translates from German the book by Wolfgang Braunfels Mittelalterische Stadtbaukunst in der Toskana (Medieval urban architecture in Tuscany). During this period, she deepens her studies aimed at reconstructing the lost opus of the volume Libro dei disegni (Book of drawings) by Vasari, published in two volumes in 1974.

In 1979 she collaborates on the Mondadori book series “Musei del mondo”, on the Metropolitan Museum of New York and on the Archaeological Museum of Athens. From 1980 she publishes for De Agostini editions: Civiltà preincaiche (Pre-Inca civilizations, 1980), Splendori delle civiltà precolombiane (Splendours of the pre-Colombian civilizations, 1981) and Ambienti del Rinascimento (Ambiences of Renaissance, 1984, republished in 1986).

In 1985 she publishes Il Quattrocento europeo (The 15th century in Europe), the fourth book of the Storia della pittura (History of painting), directed by Ragghianti for the Istituto Geografico De Agostini.

Licia participates in the initiatives and the events promoted by her husband: the constitution of the Università Internazionale dell’Arte in Florence (1969) and in Venice, of the Centro Studi sull’Arte Licia e Carlo Ludovico Ragghianti in Lucca (1981) and the revival and relaunch of the magazine “Critica d’Arte” (1984). In terms of studies, her interests in the industrial design and in the Not-Italian art are particularly remarkable and original.

A few days before her husband’s death, in 1987, Licia publishes her penultimate book, dedicated to Giotto. Her last volume, Dipinti fiamminghi in Italia 1420-1570 (Flemish paintings in Italy 1420-1570), is published posthumously. 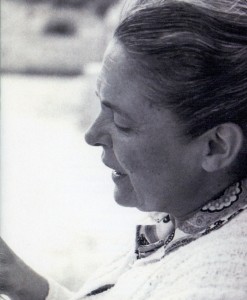 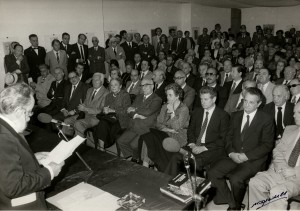 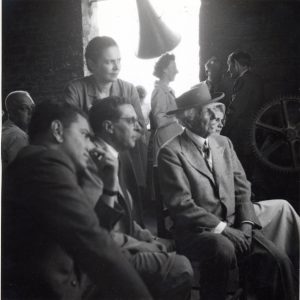 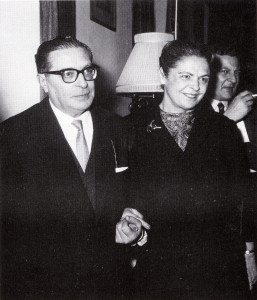